Welcome to the wasteland with the First World Podcast.  This week we wanted to have a conversation about post apocalyptic gaming with a special guest Carter Spade. Carter works for EA games on the Simcity team, and is really into post apocalyptic gaming, in the video or live form. Check out Carters photography site at http://spadephoto.com/ .  Heath sunk his teeth into a new arcade shooter for the Vita called TxK.  Greg and Madison both spent some time in Capcom's Remember Me.  Dan immersed himself into the bleak world of Metro Last Light, and it inspired him to start reading the book.  We wrap up the episode with our life saving Triple Barrel Shotgun Round.  This weeks question is; What three things would you take with you into the Wasteland?  Let us know in the comments below or on our Facebook.
As always, subscribe to us on iTunes or Podbean, like us on Facebook, follow us on Twitter @1stworldpodcast, and send us your emails at firstworldpodcast@gmail.com.  Please download the Stitcher Radio app on your tablet or phone (iTunes or Google Play) to get our show updated every week and help us get some new fans along the way!
Download this episode (right click and save)
ABCDS
Posted by First World Podcast at 5:49 PM No comments:

Konbanwa, this is the First World Podcast.  This week, we look at the rise and decline of Japan in the gaming world, and have a hearty debate on it's future in the world of video games.  Heath kept digging into his PS4 and played Killzone: Shadow Fall and Outlast.  Madison, after getting blasted on Valentines Day, played though most of Saints Row the 3rd.  Greg is still playing a ton of Mechwarrior Online, so he decided to fill us in on some other free-to-play mech games.  Dan got a new Windows phone, and also played the joyously insane Inazuma Eleven, a Soccer RPG for the 3DS.  Because the main topic was sooooooo good, and went on a little long, we decided to not do a third segment.  Let us know what you would like us to end with next week. Welcome back to the First World Podcast.  With Valentines day upon us, this week we talk about love in video games.  Dan went in his way back machine and played Vagrant Story with mixed results.  Greg is still so dug into Mechwarrior Online, and he is really enjoying the new interface 2.0.  Madison has returned to wonderful world of Disgaea D2, and jumped into Metro: Last Light.  Heath needed to make room on his Vita, so he played Uncharted: Golden Abyss, it was alright. We wrap up the episode with our love lorn segment, Triple Barrel Shotgun Round.  This week we ask the question; What games made you cry?  Let us know in the comments below, or on our Facebook page. 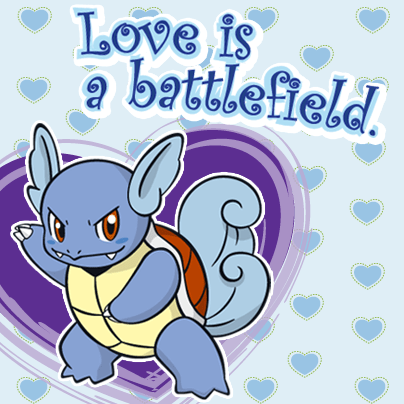 As always, subscribe to us on iTunes or Podbean, like us on facebook, follow us on Twitter @1stworldpodcast, and send us your emails at firstworldpodcast@gmail.com.  Please download the Stitcher Radio app on your tablet or phone (iTunes or Google Play) to get our show updated every week and help us get some new fans along the way!
Download this episode (right click and save)
ABCD
Posted by First World Podcast at 5:40 PM No comments:

An Opinion From The Next Generation

Well, it happened again.  The big three (Nintendo, Sony, and Microsoft) have all been hard at work designing their next gen hardware, crafting their messages to entice us gamers to buy their product, and now these new monoliths have all been released to this unsuspecting populous.  There is so much excitement with the release of a new console, the new tech high that you get from opening these zero wasted space boxes, and the pride you get being an early adopter of a new system.  It is addictive.  I used to actually take place in this ritual, every five to eight years, even spending the night outside the Toys 'R Us to get my hands on the Nintendo Game Cube. Now, I wont say that I am a fan boy by any stretch of the imagination, but I understand what games I like, and what games I will be able to come back to over the years and get my replay enjoyment out of.  From Nintendo's track record with the types of games that they release, for me, it is always a safe bet that I will be within the first wave of adopters, if not a day one adopter.  I have always loved Nintendo games, they have such great playabilty, and longevity, that I know that I will get my moneys worth out of a Nintendo product (sans the Virtual Boy, but that is a completely different story altogether).

Last November, the Nintendo Wii U was released and had solid sales, but not to any record setting clip or standard.  Nintendo has always been the company that innovates, and while not always first to the gate, everything they do leaves a lasting impression.  With video games becoming a ubiquitous household accessory to the modern family, I figured that Nintendo's newest console, and the first of the Eighth Generation of gaming systems, would be a no brainer to anyone who enjoys playing games.  To my surprise, that was not the case.  While the Wii U sold at the same rate as the Playstation 3 did, it has struggled to entice the entire gaming community to get behind it.  Dan and I picked ours up day one, and have never regretted owning ours.  Fast forward one year, and Sony and Microsoft release the Playstation 4 and the Xbox One, to record setting sales.  I don't think either company was ready to have either system sell as fast as they have.  Not only did these systems sell faster, leaving store shelves bare, but all of their accessories have sold faster than expected, making the temporary resale value on the Playstation 4 Camera almost double it's $59.99 price tag.  To give you an idea of how many Xbox Ones and PS4s sold, they each out sold the Wii U's lifetime global sales in under one week.  Nintendo could not repeat Xbox 360's luck that they had with their year head start over Wii and PS3.

I have now spent a considerable amount of time with the Playstation 4 I have been borrowing, and the funny thing is, the best feature that it offers is Sony's fantastic brand synergy with Playstation Plus, and the Playstation Vita.  It is not one game, or app, or feature that makes the PS4 the console that you need to own right now.  If games were the deciding factor, the PS4 doesn't really have anything special on it right now.  The Wii U has a years worth of cool exclusive games that you could play, and the XB1 has Dead Rising 3, the only new next gen retail exclusive.  I love the new controller, it fits my hands so much better than the Dual Shock 3.  The graphics are very nice, but we are too early into the life cycle to see how powerful any of the systems really are.  Probably the best feature so far, is one that isn't even unique to the PS4.  Off screen play started with the Wii U, where you could play your game on the Game Pad controller.  The PS4 uses the vita as the second screen, which sucks to not have the use of the new controller, but the convenience of being able to play games while my wife can watch tv trumps all.  I think that, beyond the fact that Playstation always gets the other types of games I like to play, the remote play feature makes this the console that I will purchase once I have to give the one back that I have now.

I have always stated that I don't think that we needed a new generation of game systems, but now that they are here, and I have spent time with two of the three, I am starting to see the reasons to upgrade.  The original Wii was in some serious need to get with this generation of graphics and connectivity, so the Wii U made total sense to upgrade, not to mention that it is backwards compatible, so you can play all the old Wii games, giving you a huge gaming catalog from the get go.  The PS4 and XB1 are more subtle upgrades, so you have to make your decision with your eyes on the future.  Yes, they both are more graphically powerful than the Wii U, and they have a better online infrastructure, but neither of them has much in the ways of new gaming experiences right now.  For me, the decision is made pretty easily. 1)  I have Playstation Plus.  2) I own a PS Vita.  3)  Jrpgs only come out on Nintendo and Sony systems (mainly).  I think the Xbox One is a perfectly acceptable choice, and I am actually happy for everyone who buys one, I am sure you will love it.  But for me, there really is only room for two home console systems, and even those get neglected.  I would encourage you to think about what you actually want to do with these next consoles before you go out an purchase one, and not to take any off the table right now.

I am enjoying my PS4, but that is because I didn't have to buy one.  If I were someone looking in at the state of the new consoles, I would easily see the Wii U as the one with the most value at the moment.  Even though the industry troll analysts have already written the Wii U off, saying that it is dead in the water, I think the Wii U has a long life ahead of it.  Yeah, it may not perform to the level that the PS4 and XB1 has, but that doesn't change the fact that it is the only next gen console that has anything to play on it, so, don't completely write it off.  We play video games to have fun, make sure you are gaming on the one that you will actually have fun with.
Posted by First World Podcast at 5:08 PM No comments:

Welcome back to the First World Podcast.  This week we talk about nerd tribalism and the on going console wars.  Heath played all the way though Tomb Raider Definitive Collection on the  PS4, and found his second game of year for 2013.  Madison kept on grinding on Blood Dragon, but got sidetracked by Lightning Returns: Final Fantasy 13 demo.  Greg played The Legend of Zelda: Four Swords on the 3DS because, it was free, now we all have to get together in the Friend Zone and play this killer game.  Dan started to play Injustice: Gods Among Us on his Wii U and highly recommends it too all comic book fans.  We wrap up the episode with our Triple Barrel Shotgun Round. This week we ask the quesion;  If you had to fight in a war, what 3 video characters would you take with you?  Let us know on the comments below, or on our Facebook. 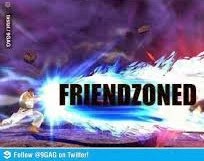 As always, subscribe to us on iTunes or Podbean, like us on facebook, follow us on Twitter @1stworldpodcast, and send us your emails at firstworldpodcast@gmail.com.  Please download the Stitcher Radio app on your tablet or phone (iTunes or Google Play) to get our show updated every week and help us get some new fans along the way!

ABCD
Posted by First World Podcast at 5:23 PM No comments: