This is my attempt at using an old skool NES as the case for a modern computer.
Parts used for this build:

I also purchased a few parts here and there as I needed them, such as a 40mm fan, fan grill, power/reset buttons, power and hdd LED. 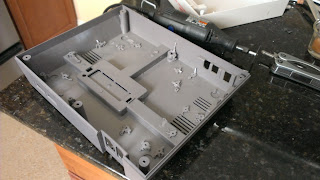 I became close friends with my Dremel.  Had to gut the Nes to make room for its new parts! 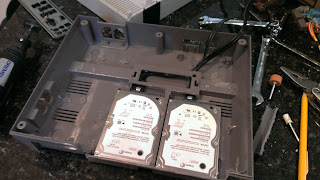 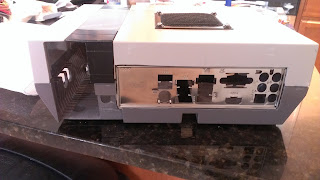 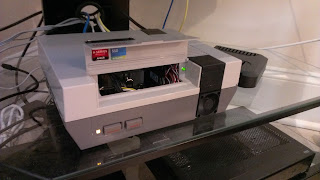 It runs cool enough now with lid closed.  I added the HDD activity light under the lid as well as the case badges proudly showing my quad core AMD and SSD.  I ended up breaking the original red LED so I used a yellow one that I had laying around for the power. light.  I added a 40mm fan where the controller ports used to be. 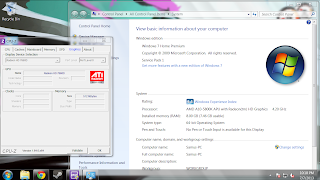 A screenshot of some of her specs, she runs fast and stays cool!  I have her hooked up to the TV in my living room, when people see her they are at first surprised I have an NES hooked up and then they realize she is not a run-of-the-mill NES.

This was my first time attempting anything even remotely like this.  I've seen some of the NES computers online, but never anything as powerful as a quad core.  Making space was definitely a challenge and it took me about 6-8 hours of labor to get everything cut and fitted.  I'm sure I could have done it faster but I really had no idea what I was doing.