Catch and Release (loving and leaving the world of Pokemon) 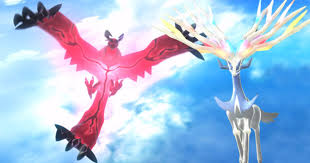 This news was met with a chorus of cheers from long time Poke-holics and Nintendo fans around the world. Not only is this the first Pokemon on the fledgling portable (in desperate need of a heavy hitter), it's also a cash boon for the Big N, who can always count on a new Poke-generation to bring in massive revenue. Yes, everyone was excited...except this guy.

Don't get me wrong, I'm not a hater. I have just come to the realization over the past couple years that the Pokemon franchise I once obsessed over with the best of them, has long passed me by. A quick history on me and Pokemon. In late 1997, Nintendo Power started talking about a game that had taken Japan by storm called Pocket Monsters. At this time in my gaming life I was an unabashed RPG lover and the glimpses of fierce battles and  a multitude of monsters to collect, I was in! My friend Derek and I even carved a Gengar pumpkin for Halloween that year based entirely on the pictures in the magazine.

When the game finally arrived in 1998, I picked up Blue version on day one and began my adventure. I was not disappointed and the game lived up to everything I expected. I relished hunting for wild Pokemon to join my crew, grinded like crazy before each gym, and thrilled at trying to catch the 3 legendary birds.
At around this same time the cartoon Pokemon series hit Western shores and at first, I was all aboard. I remember rushing home to catch the adventures of Ash, Misty and Brock, most vividly (for some reason) the episode on board the S.S. Anne.

Fast forward a bit to 2000 and Pokemon Gold and Silver debut in NA, and just like before, I was there day one. But this time something had changed. You see, I liked the show alright, I thought the movie was well done (especially the classic outtakes  which have apparently been scrubbed clean from the internet, trust me they were hilarious), and I had plenty of friends who enjoyed the game as well. But that's just it. I loved the game Pokemon as an RPG, but the mythos and explosion surrounding the series was starting to wear on me. I didn't want to collect the cards, I didn't want attend a convention, see the Pikachu car, or even watch the show anymore. It all got to be too much.

So I stopped. I didn't finish Gold, and when the next generations came out on GBA, I didn't even have a desire to play. Oddly enough though, during this time I replayed Blue. It was amazing still. 150 monsters to collect, a simple yet engaging story and world, it was just how I remembered. Still, I went better part of a decade without playing a new, mainline Pokemon game (or any of it's increasingly insane number of spin-offs. What the heck is a Trozei?). Finally in 2011 Pokemon Black and White came out, and at the tender age of 27, I thought I had totally finished with the series. Then I started seeing more reviews and impressions online claiming that THIS was the Pokemon game to bring the old fans back into the fold. After years of adding more and more Pokemon to the pantheon of collectible critters, they were scaled back to a cool, new set of 150 Pokemon to collect, and more mature, deep story. This was a Pokemon game for the Pokemaniacs and former Pokemaniacs alike. So after a long time away, I purchased Black version and dove into the world of Pokemon once again. 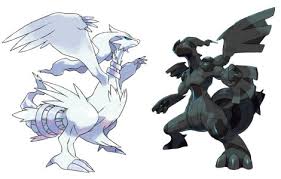 At first, I was subtly convinced. The world of Pokemon Black is pretty, yet simple. I instantly felt comfortable in my surrounding with my new best friend (Oshawatt). And for about 20 hours I remembered everything that had made me love Pokemon to start with, and sadly, what drove me away.
While Black and White certainly stripped things down and brought the series more towards the originals, It also kept many of the extra bits from previous games that began to bog down the experience. Carrying items, day/night/season cycles, and various new ways to evolve your little friends/slaves. Again I said, "it's too much!" It's not that you have to use these mechanics, I suppose I could play any of these games just by collecting a crew, leveling up, and fighting my way to the end, but I constantly got the feeling that I wasn't playing this game "correct". More disturbingly, I wasn't sure I understood what the "correct" way to play was.

What it comes down to, I think, is the outside pressure of the movies, shows, cards, events, media, etc surrounding this series had totally clouded my ability to look at it how I once did, a simple, strategy, RPG. I couldn't bring myself to NOT try and collect 'em all, even though I didn't really want to. I tried to enjoy the Pokemon Theater. I could no longer think of my character as an extension of myself, but thought of him as Ash. So sadly, after giving it the old college (middle school?) try, I gave up on what will probably be my last attempt to re-ignite that spark for the series that had started with simple articles and pictures back in 97.

So will I be trying Pokemon X/Y when it is launched? Probably not. I will see the reviews, listen to the podcasts, probably even spend some time learning about the game and the plethora of new gladiatorial beasts that will be introduced. But I'm not sure what could bring me back to the series if even the streamlined Black and White could not. Maybe it's just nostalgia, maybe subconsciously I don't WANT to like the newer games,  maybe I just don't get it, but I don't think I will be able to find the same joy and solid gameplay that Pokemon Blue gave me.